June in the Studio

This month I’ll start right in discussing art. I finally finished my first piece in my new studio. This piece is reflective of my environment and encounters here in Eden. I had a wonderful time painting it, a true learning experience. As my work is very detailed and realistic please don’t get the impression that the process is so regimented and structured that there is little spontaneity and impulsive decision making going on. I do take my time on a painting, step away often and mull over how to deal with certain aspects before carrying on with the process. But this doesn’t mean that in process things can’t evolve intuitively and passionately. Watercolor will always be a challenging medium but that is where the fun comes in. This photo is part of the finished painting which will be up here on this website for sale as a Giclee print under the Youth Collection category shortly. Please check it out in it’s entirety. 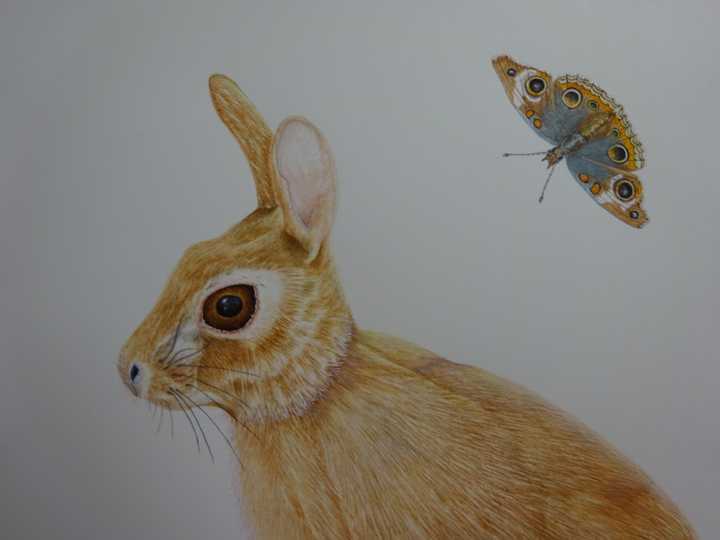 Outside the Studio I feed a variety of birds including Hummers. It’s great inspiration to watch these tiny creatures. It seems I get more female Ruby-throated Hummingbirds than male. 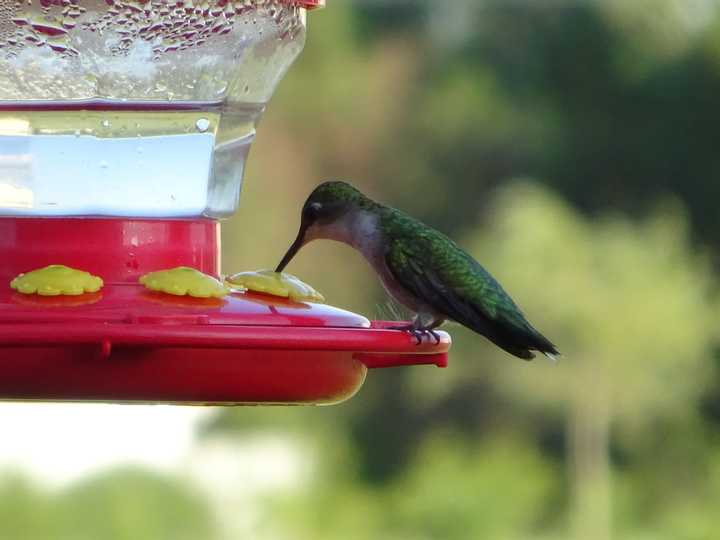 I also found a huge IO Moth hanging on the screen of my sunroom. After it moved to the ground I took this shot. They are beautiful moths, so huge and amazing markings. 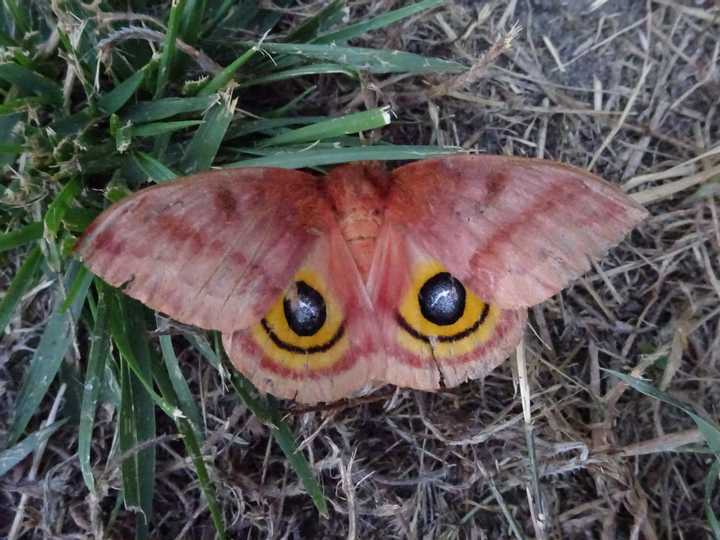 My fig tree has come back after getting hit by the last frost of the spring. The leaves are looking very healthy and I can’t wait to see my first fig. I certainly will have first hand reference material for an interesting fig painting. 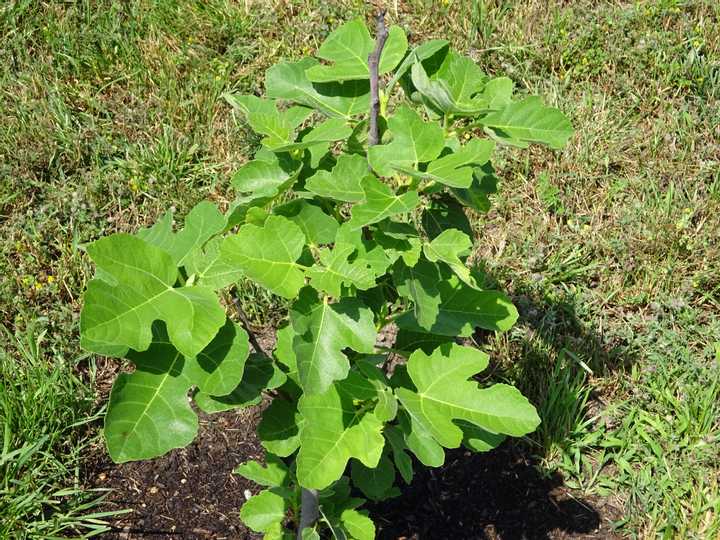 I will be starting a new painting in July. I have a few ideas I am working on and am very excited about. Please stop by again to read “In The Studio” and if you have any questions about the art you can reach me through the Contact on the site. Thank you for stopping by and stay safe!

May in the Studio

This month of May has been quite beautiful. Nice temperatures, mostly in the seventies. It is not uncommon in this part of Maryland for the wind to overwhelm the day. Usually mornings are calm and peaceful except for the sounds of birds and roosters crowing which are music to my ears. As the day goes on the wind increases and then recedes towards evening. This May the wind seemed to lessen and cooperate permitting a better outdoor experience. I took advantage of the respite from high winds and did some exploring. 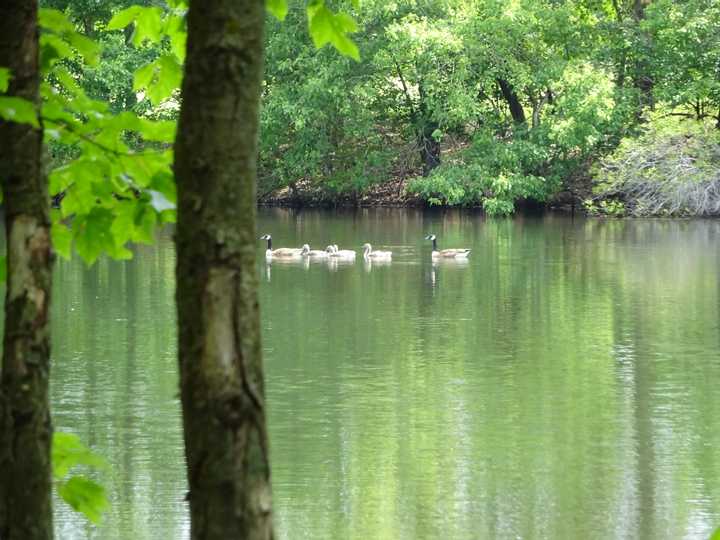 A short walk from my studio brings me to Hidden Pond. I was startled by a huge white Heron flying up and away from me as I walked along the perimeter of the pond. Unfortunately, it happened so quickly I couldn’t get a shot of it. As I approached the far side of the pond I came upon a path in the woods that ran alongside it. I was surprised at the beauty and felt very fortunate to have this path within walking distance of my studio and home. It reminded me very much of the poem titled ‘The Road Not Taken’ by Robert Frost. In my imagination I can see Robert Frost coming upon two such paths and choosing the road less traveled.

Two roads diverged in a wood, and I -

I took the one less traveled by,

And that has made all the difference.

This poem deeply resonates with me as I feel I have taken the road less traveled much of my life. 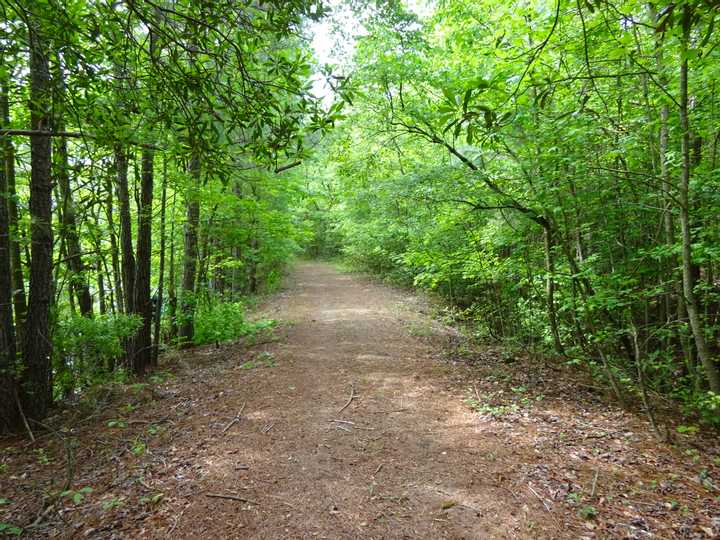 On my way back I saw a Beekeeper in the field next to Hidden Pond. He introduced himself as Ben and asked if I was interested in watching him smoke the hives. The smoke subdues the bees whilst Ben did his work. He explained how he had lost several hives and just replaced one but wasn’t expecting much honey this year. Maybe next year Ben will have a successful honey harvest and I can taste some local honey. 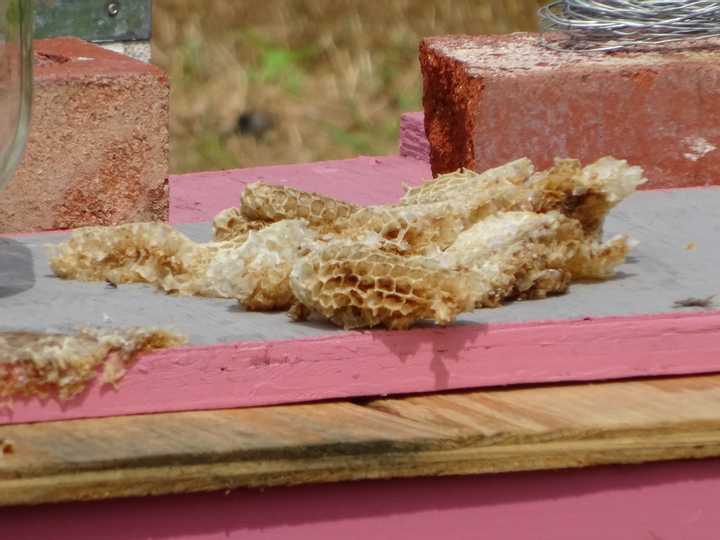 I am working on the Eastern Cottontail Rabbit painting. Slow but sure due to a shoulder injury but I will post it when completed. It’s starting to take shape but there are layers and details still to do. Also I have been having fun growing my organic garden. I have been eating early greens for weeks now. The bok choy started heading up as the weather became warmer. I replaced the bok choy with rainbow swiss chard, planted yellow plum tomatoes and red, yellow and black peppers. I put up a hummingbird feeder near my garden and saw my first Ruby-throated Hummingbird recently. At a second bird feeder along with the American Goldfinch and Purple Finch I spotted an Indigo Blue Bunting. What beautiful colors !

See you in June “In The Studio.” 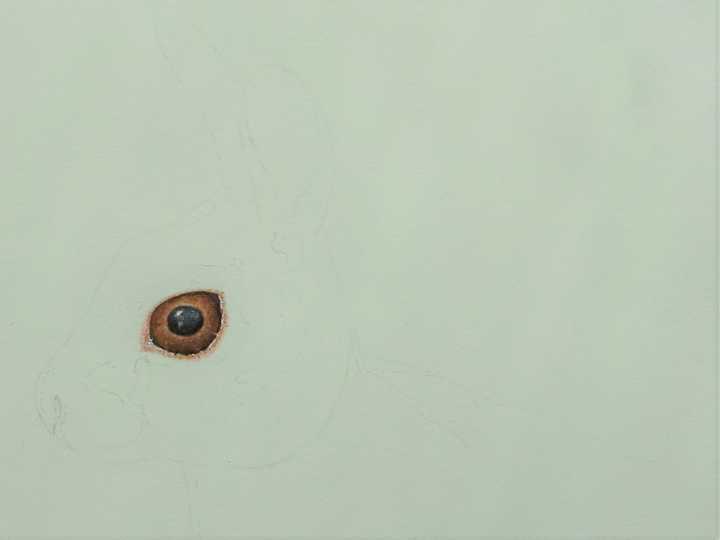 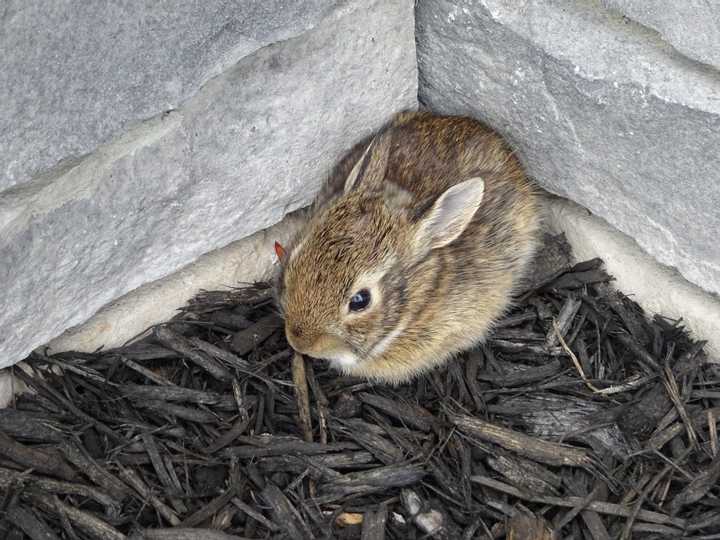 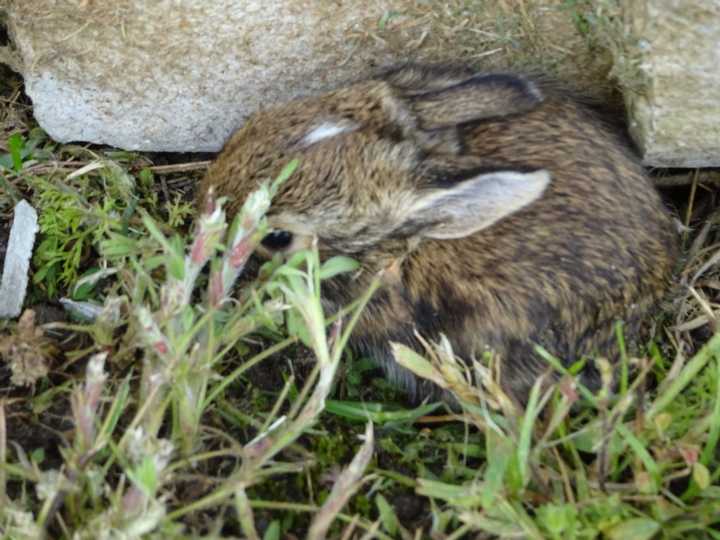 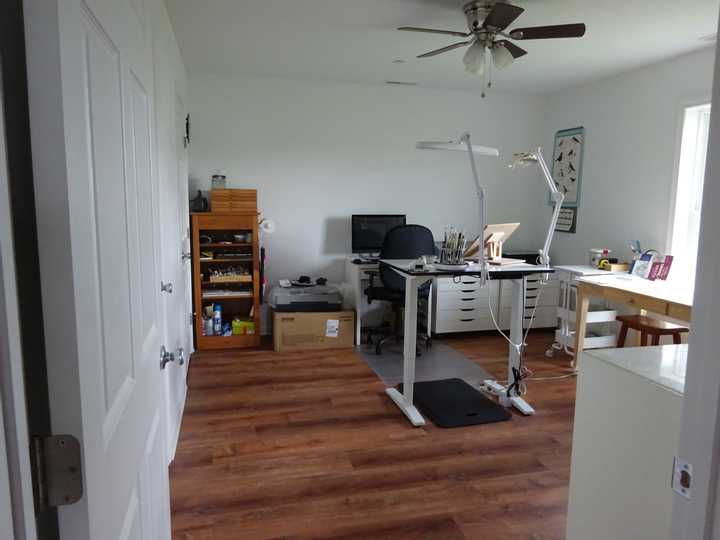 “In The Studio” I’ll be sharing conversations about many facets of my art making. Topics such as how my studio space and set up helps my creativity, subjects I’m working on and how they relate to my natural environment, art events I attend or participate in, art materials and projects plus many other related topics.

My studio space in Maryland worked out to be quite a pleasant surprise.  I moved to Maryland from a much larger studio space in New York. Though I tried to plan ahead by drawing a diagram of how everything would fit in the new space and still allow for the work flow I desired, I couldn’t be sure of the outcome. Back in New York I made the decision to eliminate a few large cumbersome pieces of studio furniture. I sold a large custom made wooden flat file that I stored papers and prints in. I also let go of a wooden desk and a long wooden work table. So where would I store those papers and prints in my new studio? How would I replace the table top that held my close at hand materials? As you can see in the studio photo I purchased two Ikea Alex drawers for storage. The cart on wheels also from Ikea holds the materials I need on hand in the heat of the moment. I placed a 16 ” x 20 ” melamine board on top so I could have easy access.

The opposite end of my studio serves as gallery space, product storage and a research/ reading area. In New York I had a larger gallery space so to compensate I decided to use an art gallery hanging system by STAS. It is easy to change out framed pieces and use the full height of the wall.

Luckily, the wall opposite the window has two good sized closets for storage. In one closet I put five shelves the full width of the closet to house a variety of supplies including shipping materials, watercolor blocks, paper cutter and other odds and ends.

I hope you enjoyed reading my first entry to “In The Studio”.